After Islamic revolution in 1979, Iran and Arab states have never had a friendly 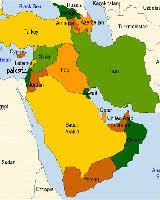 relationship because:
1- The Iran-Iraq war resulted racial emotion of Arabs against Iran. During this 8 Year war Arabs supported Iraq in different ways.
2- In Iran there was no real will to improve relations with Arab sates. Specially with the idea of exporting Islamic revolution, Arabs got worried.
3- The policy of super power of USA was to create tension among Iran and Arabs in order to provide US benefits in the region.
Today the condition has changed to a point; firstly President Saddam has vanished and there is no war between Iran and any Arab state; secondly Iran has found out that it’s better to have closer relationship to Arabs instead of exporting revolution; thirdly Arabs have found out that there is no merit in hostility with their neighbor Iran.
Yet the tensions and plans of US exists and US president is not happy to see Iran and Arabs presidents in a friendly conference and will surely try to create new tensions,

Political parties are new elements of politics in Iran. These parties were formed during reformist government of President Khatami But today the ruling government of President Ahmadinejad has a negative view toward the existence of these parties, because most of these parties belong to left wing (reformists). In fact president Ahmadinejad’s ruling government does not accept the role of parties in politics because this system is basically western not Islamic (they think so).
Political parties in Iran are usually formed in a situation which they are in power so they lack public support and whenever they stand out of power they lack really strong presence in society and politics.
Iranian main political parties are: 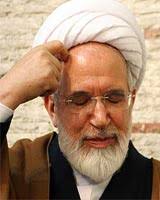 1- Etemad melli (meaning national trust): the head director of Etemad melli is clergyman Karoubi (the speaker of third and sixth parliaments). He himself was the candidate for presidency and placed third after Rafsanjani and Ahmadinejad. Many reformists voted for Karoubi.

reformist party which has no place in power in Iran after Islamic revolution . Its leader is Ebrahim Yazdi. This party is not legally accepted by ruling government.

In Iran there is no free media. Satellite is generally forbidden by law. And all TV channels are directed by the radical government of Ahmadinejad and three are no TV or even radio stations unless they are in the hand of radicals. Also many reformist popular websites are usually filtered or closed. What about newspapers?
Iranian reformists have several newspapers which gives them the ability to compete radical newspapers. Of course many of reformist’s newspapers are usually banned by radical judgment system. For example during last months two popular reformists newspaper of Shargh and Hammihan were closed by law sentence.
What remain are several very mild reformist newspapers which are not popular and capable enough to influence public opinions. They have to work very timidly not to give any pretext to radical judicial system to avoid being closed. Yet these newspapers are the only channels which contact reformists to the body of Iranian society. they have gained great achivements for Iranian reformists.
By Mohammad Sahimi, Pirouz Mojtahed-Zadeh and Kaveh L. Afrasiabi